Last few hours until Midnight December 31, Central Standard Time for you to get your 2018 entry in! Enter here!

Over 70 authors have put up their books for this fantastic Mega-Lesfic sale!  Three of my books are there.  Check it out by clicking on this link.   Going December 26-30, so go over and check out the deals.

OH, HO HO HO! You made it to the halfway point! AND HERE YOU THOUGHT WE WERE GOING TO FIZZLE OUT! NOOOOO, friends. That’s not how this Hootenanny thingie works. WE ARE ONLY JUST BEGINNING! The elves have yet to hit their stride, and the reindeer are inviting more of their friends over and this thing is turning into a big-ass block party with the neighbors joining in and omg I’m pretty sure this eggnog has something more than just eggnog in it…

Tucker’s been a bit busy, y’all…

Everybody’s now doing sled races down the middle of the street, which thankfully gets the elves off the roof (for now), though I’m pretty sure they’re going to now start doing ski jumps off it or maybe they’re working on a half-pipe (elf snowboards are super cute, y’all). The reindeer are in a snowball fight with some of the neighbor kids…

WELL, HELLO THERE, my little bouncing sugarplums!!!! WELCOME to the 2018 Women and Words Hootenanny! We’re so glad you decided to join us for all the cray that we get up to in here, for this, the giant-ass, over-the-top, omg no they di’n’t (yes we did), book extravaganza! You would think that after all the […]

I am all for third-party sellers.  These are companies or people who buy your books to resell them themselves.  YAY!  Right?

The only problem I have run into with third-party sellers is that sometimes the books are inflated in price, as though they are a collector’s item.

My books are usually priced around $7.99 for an e-book (and believe me, I do believe you get value for your money worth with a 100-150K book) and around $14.95 for a paperback.  It’s usually the paperbacks that they hyper-inflate.  I found one of my books priced out at over $300.  While I appreciate the idea that it’s worth that, it would have to be in gold for them to get that price.   It does not hurt the retailer whose site it is put up on as they still get their cut (ie: Amazon):

All of my books, novellas, and shorts are still available, have been updated, and are priced reasonably according to their lengths.  ENJOY!

As you know, I love historical fiction so, check out my friend’s newest book in her series:

Heaven is to Your Left 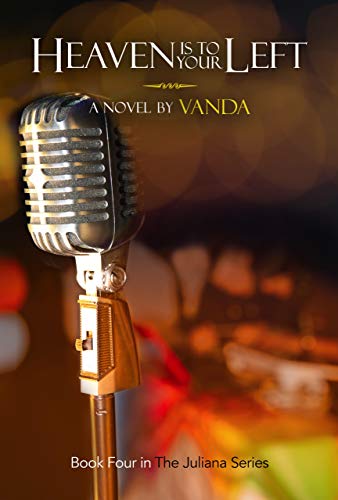 Vanda released the 4th Book in her ‘Juliana’ series! If you’ve been following Juliana’s story, you’ll want to pick this up.

How far would you go to save the person you loved?

It’s 1956. Alice (Al) and Juliana arrive home from a successful run at Le Lido in Paris, only to be greeted by Dan Schuyler who has threatened to reveal to the world the nature of their “immoral” relationship. Under this threat, Schuyler has gotten Juliana to sign a contract with him to be in a Broadway play. Now, the control and manipulation begins.

Al seeks a way to free Juliana from this man’s clutches. She turns to Max, accomplished businessman, owner of two night clubs, to help her. There must be something he can do; he has friends who are gangsters. Still, Max does nothing. Or does he?

Al knows she has to act. She knows gangsters too.

This is available exclusively at Amazon, also. It’s $4.99 to own and available to read free via Kindle Unlimited. US | UK | CA | AU 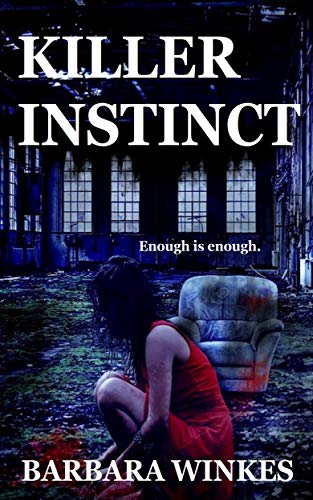 From the author of the best-selling titles Secrets, and Indiscretions, comes a vigilante justice thriller...

Joanna’s career ends after she kills a murderer and fails to cover her tracks. After serving a prison sentence, she struggles to pick up the pieces. The only person from her old life still keeping in touch is Vanessa, the Internal Affairs Inspector who was the lead investigator in Joanna’s case. Guilt and open questions define their tentative friendship.
When there’s a new development in one of Joanna’s old cases, she can’t stay away, even at the cost of losing everything…including Rue, the woman she’s been falling for…

This too is also available exclusively at Amazon, for 3.99 US, and free to read via Kindle Unlimited. US | UK | CA | AU

Princess of Dorsa by Eliza Andrews 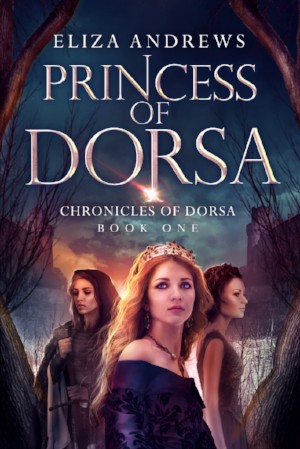 The fate of an empire lies in the hands of one untested princess.

Rebellious Princess Natasia has always known that her fate is to marry a man her father can shape into his heir. But everything changes after a would-be assassin nearly takes Tasia’s life. Someone with means and connections is obviously trying to destabilize the Empire, but who? No noble family is above suspicion, so the Emperor takes the extraordinary step of naming his daughter his true heir.

Tasia suddenly finds herself saddled with learning to rule an entire Empire. But there are enemies on every side, threatening to disrupt the Empire’s fragile peace — there’s the long-standing and deeply unpopular war in the East, disagreements amongst her father’s closest advisors, angry lords threatening their defiance, and rumors of a faraway kingdom trying to sow discord.

This is available exclusively at Amazon, for .99 US today only, and free via Kindle Unlimited. US | UK | CA | AU 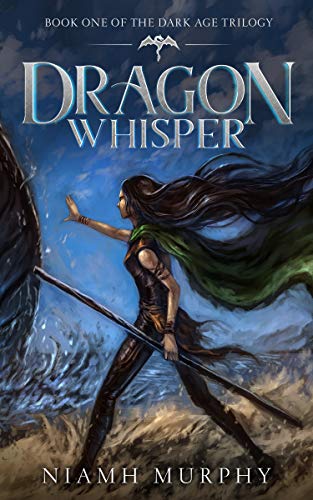 A LOOMING WAR. A DEVASTATING BLIGHT. A GOD HUNGRY FOR SOULS.

To save herself, she will first have to save the world.

In the dying forests of the Weald Wood, Breanna, a young outcast, is simply trying to earn a Hunter’s axe.

When she witnesses the sacred Forest Drake kill her father and destroy her village home, she knows her life is forever altered. But Breanna holds a secret that could be the key to stopping the Ancient Dragon God’s rampage.

The fate of every being in the land now depends on one young woman who can hear the Dragon’s Whisper.

Will she find her courage, or see her world destroyed?

This too is available exclusively at Amazon, for .99 US (for a very limited time), and free via Kindle Unlimited. US | UK | CA | AU

How do you bring someone back to life?  Alice has experience in this, having brought her wife back once.  Now it’s her turn.  Can she keep fact and fiction in their places and how do you keep the truth from your teenage children?  What happens when one of them knows some of the truth?  What happens when Alice and Kathy realize more than their children are aware of what Alice has been doing in her time away?  Who is it who has thinks they have power over Alice Weaver?

Get all the links here to buy your copy!