This is the time of year where I reflect on the fact that I am a Cancer Survivor.  I tell you this, not to get sympathy or pity, but to, I hope, give people hope.  I was given four or five months to live.  Today, I celebrate fifteen years of survival.  It hasn’t been a bed of roses, life never is, however, for those of you who have gone through it, you understand.  For those of you who are going through it, it can have a good outcome.  For those of you who might face it, don’t give up, there is always hope.

Something people don’t know is that four months before my own prognosis of Lymphoma, my mother died of brain cancer.  This wonderful, classy, and supportive woman had survived thyroid cancer and colon cancer.  She wasn’t able to beat the brain cancer.  None of these were related to the other, that is, they didn’t metastasize and move on to another part of her body.  She SURVIVED the two bouts clear and free…she made it to the five year mark each time.  My mother was my best friend.  She helped me raise my sons and influenced the men that they became.  I am the youngest of five children and she raised us all to be survivors.

I am a survivor.  I am here FIFTEEN years later after my death sentence, after having gone through the most horrible treatment, an experiment.  Essentially I took twelve months of chemotherapy in twelve WEEKS.  At the time I took the treatment it was an experimental treatment, it wasn’t out on the market for everyone to try.  I have since found out that it now a standard for cancer treatments.  I don’t recommend it to just anyone, it’s horrible, I won’t kid you.  Throwing up as you sit on the throne, your insides coming outside from both ends is never attractive.  It did however stop my tumors from growing.

I was told I had tumors on both side of my neck.  The biopsy they did on the right side has left a scar in the crease of my neck…not too visible unless you are looking for it.  They decided instead of just a biopsy to remove all the lymph nodes that day.  I saw each moment of it as I wasn’t completely under and could see in the shiny reflection of the metals of the light above me.  I could also feel the tugging as they pulled them out.  It was gross.  I also had a four-inch tumor over my heart and lungs.  I also had one under my under arm.  The chemotherapy stopped the growth.  Fortunately for me I only had lymphoma in the upper part of my body, had it been throughout the prognosis would have been even more dire.

I chose the Stanford Five Protocol because I really had no other choice.  Had I done nothing I would have choked to death.  At a mere thirty-four years of age, with two children aged ten and twelve who had just lost their other parent, this did not appeal.

So today I celebrate with anyone who has beaten the odds.  Anyone who has gone through it, is going through it, or will go through it.  There is hope.  I’m convinced there is a cure (that’s a blog for another day about the pharmaceutical’s companies greed to keep us patients vs being cured).  So today I am a survivor! 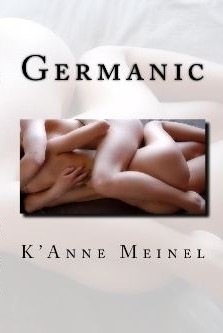 I touch on it a little in my book Germanic, not exactly mind you, fictionalized of course.  I take real life experiences and put them into my books.  I hope you can relate and enjoy them.  I usually write about strong women who survive whatever life drama that is sent their way.  Whether you like or love my books, I hope they give you a story that stays with you.

Today, I am a SURVIVOR!